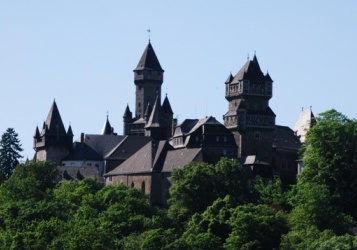 Braunfels has a beautiful preserved old town. The Middle Ages is still everywhere. The strong defense walls of the town have built as a fortress-like expansion around the castle. These walls with the defiant city gates offered protection from all directions. We think that the marketplace with its restored half-timbered houses and the market fountain is one of the most beautiful once which can be found in Germany.

The castle got its present shape in the 17th Century. In the castle museum there are numberous paintings from Dutch masters Van Eyck and from the Hessen family of painters Tischbein.

Parts of the castle are still inhabited by the family Solms-Braunfels. The courtyard, the Knights' Hall, several lounges and the Art Gallery can be visited within a guided tour.

distance is about ca. 20 kilometer 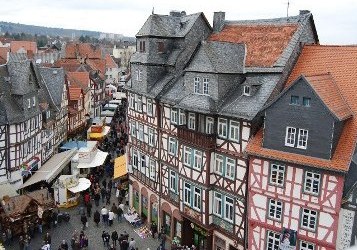 Butzbach has about 25.000 residents and is a typical small Hessian town. The romantic core of the city with its beautiful half-timbered houses and the remains of the wall is worth seeing. There are regular tours of the city with a local guide. Who wants to learn and love local specialties should visit the weekly market.

distance is about 13 kilometer.

In the university city of Giessen you will fall in love at second sight. In World War II the city was badly damaged. After that, the city has taken an entirely different evolution, as other cities in the region.
It is a young and vibrant community. Giessen is the economic center of the region, yet it has had a long tradition. The most famous son of the city is Wilhelm Conrad Röntgen.
The city hides many beautifull places. For example, the botanical garden is the oldest one in Germany, which has remained in its original location. He is still in the service of science and also he is a quiet place to relax in the city. Also worth seeing is the Municipal Theatre, the old cemetery, the way of the Arts and the "Mathematikum", a Museum of Mathematics, there you can participate actively.

distance is about 26 kilometer. 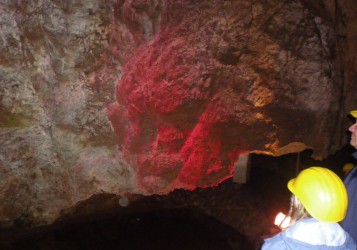 This cave is called crystal cave and is regarded as unique in Germany. In fact it is no real "cave" in the true sense, because there is no natural entrance. The entrance to the cave was created after the discovery of the cavity. The cave system formed during the Pleistocene, so somewhere between 10,000 to 2.5 million years before our era.

Until today only a small part of the entire cave system was explored and exposed. Countless crystals and small stalactites glitter in the light and expert guides explain the origin of the cave.
Our recommendation: even in high summer to take a warm jacket.

distance is about 25 kilometer.

Weilburg is a very well-preserved residence city with a imposing Renaisance castle. The urban picture here is different than in other cities in the region of the Taunus. On a rock high above the river Lahn, which here makes a picturesque curved loop stands the old town and the castle.

In addition to the old town and the castle attracts the exhibition of the Terracotta Army of the First Emperor of China, many visitors to Weilburg. The sinuosity of the river Lahn also offers a unique attraction. In Weilburg, there is the only tunnel in Germany for ships. He was finished in 1847. A drive through this tunnel in a canoe is an unforgettable experience.

distance is about 26 kilometer. 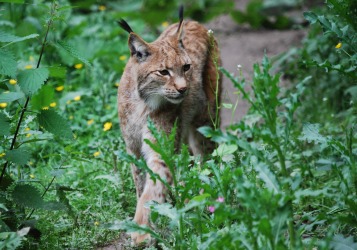 The Tiergarten Weilburg is our insider tip. He has a wonderful location in the district of Hirschhausen. Already 400 years ago the lord of Nassau laid this garden as a hunting gate. At that time, only the nobility were allowed to hunt in the woods.

Today the area is a sprawling wildlife park which is enclosed on a 3.8 km long stone wall. It can be seen primarily domestic or previously domestic animal species including bison, wild boar, fallow deer and red deer, ibex, aurochs, were back bred from domestic cattle, Przewalski's wild horses, which are threatened with extinction.

One attraction is the large area for moose. But also the enclosure of the otter is designed very close to nature. Other attractions include wolves, lynx, and brown bear.
You walk on well marked paths between a very large animal enclosures and you see the animals like in nature. It will amaze you how quickly the time passes.

distance is about 22 kilometer. 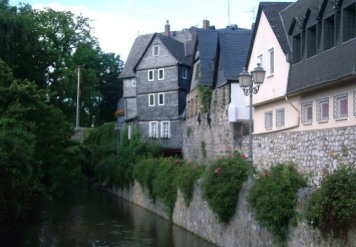 Wetzlar, this city can not describe it, they must have experienced.
A visit in the old town will be a trip in the history. A romantic stroll is a must.
But there are also modern Wetzlar. The popular shopping center "Forum" and the arena "Wetzlar" are often host to events and artists.

distance is about 18 kilometer.